Brunch time is the best time! Sunday’s not here yet, but we have a Bloody Mary-inspired brew this THURSty THURSday!

Brunch time is the best time! Sunday’s not here yet, but we have a Bloody Mary-inspired brew this THURSty THURSday! 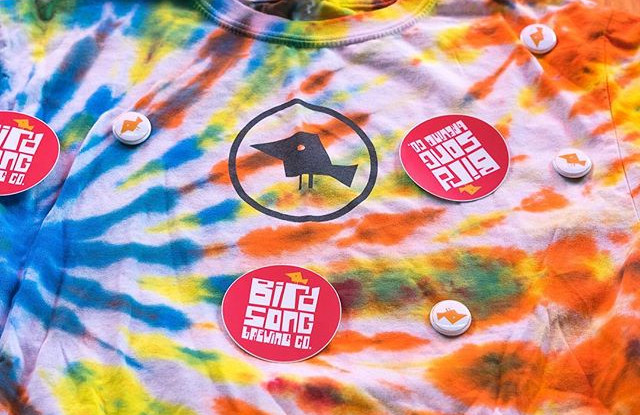 We love challenges. Well… some of us do. Challenge brings out sides of us that may be latent or unexercised: creativity, lateral thinking, innovative problem solving, tension, childish rage… you name it. It has a way of forcing us to go outside the box to get the task done. If you’ve met any of us, you know that we are the kind of people who color outside the lines. Big surprise there.

Jason Huber, some of you may know him as That Hippie Dude, is one of Birdsong’s first and most beloved patrons. He’s an avid gardener, law professor, and wild chicken tamer. And, like you, he’s part of our weird family. A few weeks ago, Jason brought in some ramps he grew and posed to Conor a special task: Make a beer with ramps.

Ramps are a thing up here in NC, so those of you outside the South might not be familiar with them. They’re oniony, garlicky, pungent, and flipping delicious. So what’d we do? Toss them in an oven with some tomatoes, garlic, and jalapeño for starters. The roasted vegetables were put into the boil and then a new batch was put into the fermenter for an extra oomph of flavor. With a little bit of heat and a whole lot of savory, this Bloody Mary-inspired beer may not cure your hangover but it can definitely make Sunday feel just a bit closer.

Off with Her Head!: The drink’s namesake is Queen “Bloody” Mary I of England, who is known as having been a very harsh ruler. Four hundred years later, the name Bloody Mary was considered too uncouth for 1950’s culture and the drink was named the Red Snapper. For details on symbolism and more bloody facts, check this out.

Like what you find at Birdsong? Make it official on social media and use #thurstythursday to share your experience!

You must be legal drinking age (21 years or older) to visit our site.